Certificate Transparency, A Peek Into The Inside?

Let me start off by stating that this is by no means a criticism of Certificate Transparency. I think that it is a great idea, and is an invaluable tool.

What is Certificate Transparency?

There are several tools out there which you can use to help monitor certificates which have been issued under your domain:

Certificate Transparency, a Peek Into The Inside 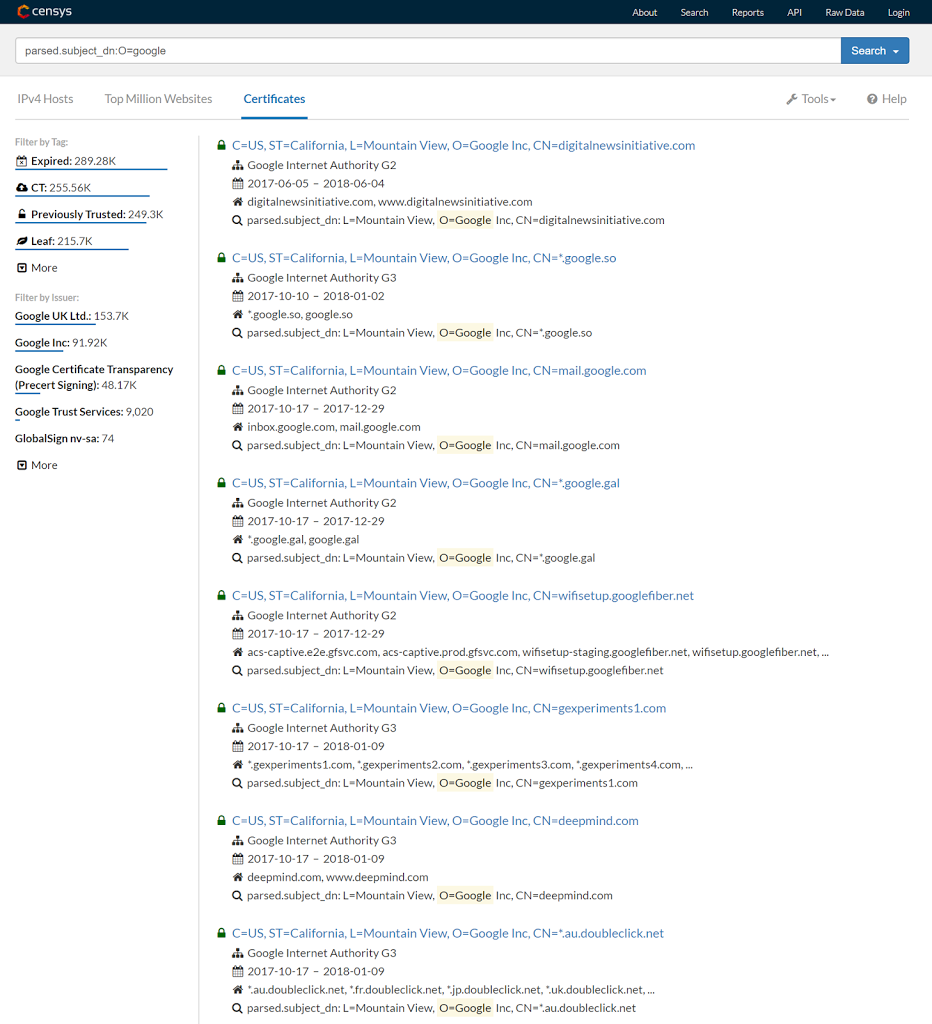 So CT becomes another useful tool which an attacker can add to their arsenal to help aid in their footprinting of an organisation. Since the attacker never hits the target network, this activity raises no suspicions either. This might not be a treasure trove for an attacker, but it is another piece of information which an attacker might have not been able to get their hands on before. Any piece of information, no matter how small, can and will be used by attackers, especially if it takes little effort on their behalf to obtain it.

The only effective means to combat this, is for the organisation to stand up their own CA and issue their own certificates for internal systems. However this can be quite complex and comes with it’s own set of challenges, so often might not be worth the effort (especially for smaller organisations). However for those organisations with their own internal PKI infrastructure, internally facing systems should rather user certificates issued internally rather than by a public CA. This also has the added benefit of possibly reducing costs, since internally signed certificates should not carry any cost (whereas most public CA’s charge a fee for generating a certificate).

Certificate Transparency, A Peek Into The Inside?