One of the most frustrating parts about finding and reporting security vulnerabilities is dealing with companies and organisations who either completely ignore the issue, or simply brush it aside.

I’d like to share my experience with 2 vendors which I felt weren’t very forth coming or responsive. My intention with this blog post is not to point fingers, so I will try anonymize the vendors as best possible.

With this vendor I identified that most (in not all their servers) were supporting the weak protocol SSLv3 and weak cipher RC4. I won’t go into the details of each, but in 2017 both should be disabled on servers. It took me 3 attempts to obtain some form of feedback from the vendor over a course of weeks: 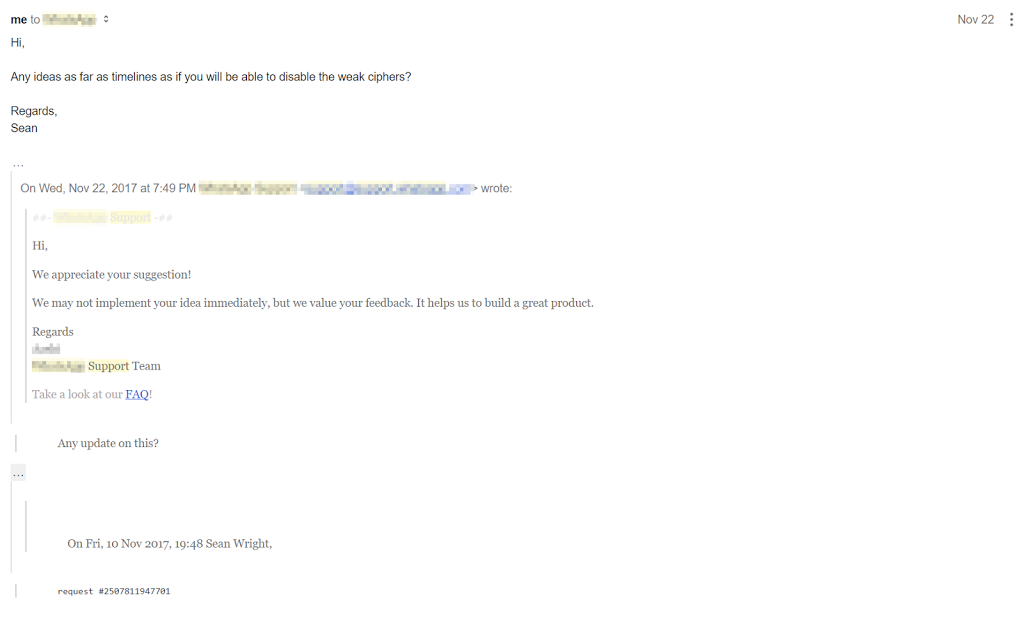 I then requested a timeline, of which I received no response. After waiting for a few days I decided to make my findings public. Most worrying of all the issue of supporting SSLv3 was reported to them back in April this year. How many times have we come across an vulnerability which had been previously disclosed to the vendor?

The second vendor was equally frustrating. Again it took me 3 attempts before I received any response.
What was most amusing about the exchange is that they some how managed to “fix” the issue without even knowing what it was. Not surprisingly the issue was not fixed. 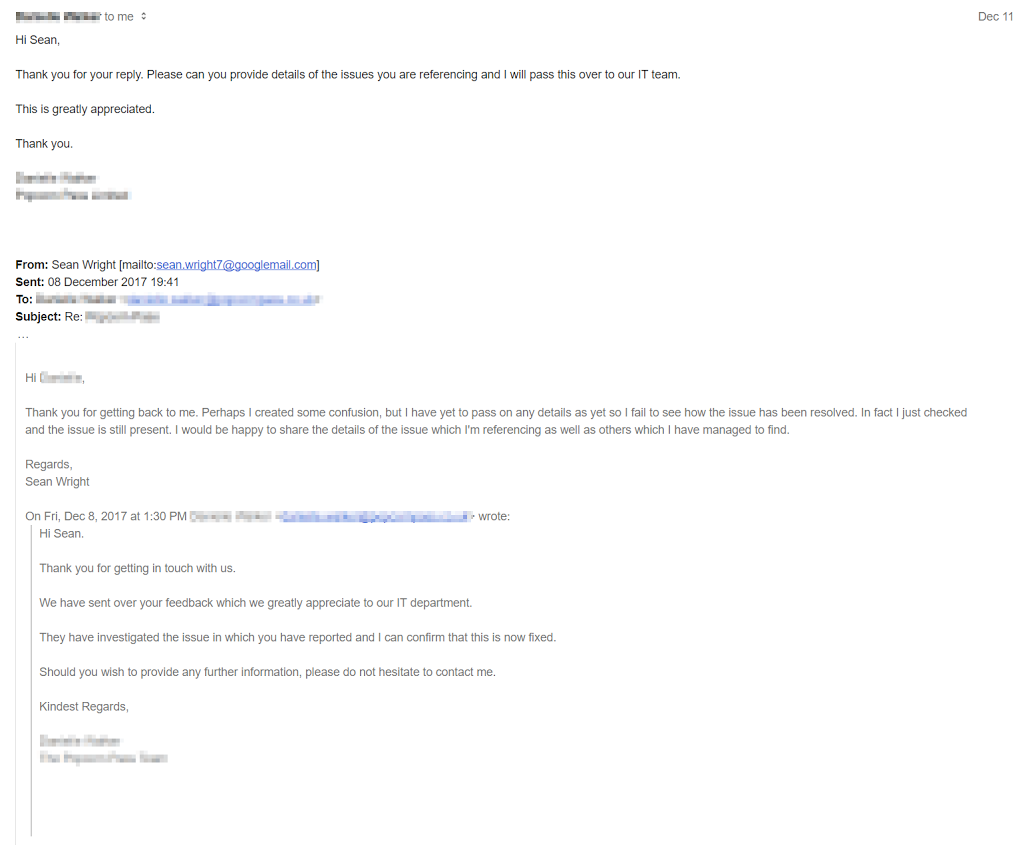 I have since responded with the details of 3 issues which I managed to identify.

Update 14/12/2017: The vendor did respond back and since have been fantastic and have already addressed 2 of the reported issues and are currently working on the last issue.

I do not expect any compensation for my findings. If I did, I would have joined a bug bounty program. I simply want to make the Internet a safer place. A lot of  emphasis has been placed upon responsible disclosure, but little has been done in the way of making companies equally accountable when a vulnerability is disclosed to them. I would love to see an industry type standard which companies adhere to when vulnerabilities are reported to them. Which makes them accountable for the issue, and more importantly resolving the issue.

Typically I would imagine it would involve something like:

While a lot of effort is put into reporting security vulnerabilities in a responsible manner, there is sadly cases where equal effort (or in some cases, no effort) is put into acting accordingly to the reported issue. Companies need to realize that admitting a security vulnerability is not a sign of weakness. In fact, simply ignoring it is and there are countless examples where this has got companies into trouble down the road. Embracing and actively responding to security findings, including learning from, is a sign of a mature and responsible security stance.